Two unrelated pieces of information prompted the writing of this piece. First was the statement from the chairman of the Revenue Mobilisation, Allocation and Fiscal Commission (RMAFC), Mohammed Bello Shehu, when he paid a courtesy visit to the chairman of Nigerian Governors’ Forum, Governor Aminu Tambuwal of Sokoto State in his office in Abuja.

He said the commission had concluded arrangements to review, upwards, of course, the remuneration of public officers in Nigeria. The last time such was carried out for these categories of Nigerians “was in 2008, which makes it even overdue for review,” he stated.

Justifying the development, the CBN governor, Godwin Emefiele, in an announcement made on October 26, disclosed that 85 per cent of the currency in circulation is being hoarded by Nigerians and that redesigning the notes would help to curb counterfeiting, as well as frustrate ransom collection by terrorists and kidnappers.

The plan is for the redesigned naira notes to start circulating from December 15 and be used alongside the old notes until January 31, when they will be phased out.

On his side, the RMAFC boss lamented what he described as the poor remuneration of public, political and judicial office holders, “which has exposed them to corrupt tendencies.”

His move, he said, was underpinned by paragraph 32(D) of part 1 to the third schedule of the 1999 constitution of the Federal Republic of Nigeria, as amended, which empowers the Commission to determine the remuneration appropriate to political, public and judicial officeholders in the country.

On the other hand, Emefiele’s move has the strong backing of the president. When the minister of finance, budget and national planning, Hajiya Zainab Ahmed, countered Emefiele on the proposal during a 2023 budget defence session with the Senate Committee on Finance, no less a person than President Muhammadu Buhari came out to throw his weight behind the apex bank’s decision.

As things stand now, none of the above measures can be stopped because of the firm belief in the most powerful office in the land that their time has come. Whatever people will say may not be enough to reverse the decisions already taken – what the Hausa man will call ihun ka banza. And so, this is just to put things down on record for the sake of posterity.

But Shehu’s statement did not just come out of the blues. It was like icing on the cake – after putting sugar in the mouths of other workers. In August, the president had said there was a need for an urgent salary review in the federal civil service owing to the high inflation rate across the world. The country’s inflation rate surged to 19.64 per cent in July 2022, up from 18.60 per cent in the previous month, according to the Consumer Price Index (CPI).

And on August 31, Ekpo Nta, chairman of the National Salaries, Income and Wages Commission, issued a circular to the effect that the president had approved an increment in duty tour allowances (DTAs) for ministers, permanent secretaries and civil servants on grade levels one to 17 with effect from September 1.

According to the circular, duty tour allowances applicable to permanent secretary/equivalent moved from N20,0000 to N70,000, while those for minister/SGF/HCSF/equivalent rose from N35,000 to N80,000. The raise went down all the way to level one officers.

A duty tour refers to an official trip embarked upon by a public servant.

Nigeria has seen many commissions set up even before independence to consider the nation’s pay structure to arrive at an enduring one befitting of an income policy.

What this portends is that there will be a considerable increase in monthly cash flow. The recipients have more money coming in, meaning more money to spend. The people involved will now more easily meet their financial obligations. This increased purchasing power in many hands will galvanise production and improve the overall economy.

Productivity, as a consequence, will get a boost because the worker who gets a pay rise will be motivated to embrace his work with the seriousness it deserves. Thus, there would be more efficiency and effectiveness in the workplace, ultimately leading to increased productivity.

However, in Nigeria, once there is a salary increase, the price of everything goes up, and nothing that has gone up ever comes down again, going by experience, perhaps except for just one time – when the late President Musa Yar’adua reduced the pump price of petrol in 2007.

In 1972, when the Udoji Commission recommended, among others, a Unified Grading and Salary Structure (UGSS) which embraced all posts in the Civil Service from the lowest to the highest, the naira was stronger than the dollar at about ₦60/$100. The commission increased the annual minimum wage from ₦312 to ₦720, the equivalent of $1200. As of the time of writing this, $100 was nudging ₦90,000!

Therefore, rather than increase salaries, the government should do all it can to strengthen the naira. A very strong naira will see market forces pushing down the price of commodities, thereby strengthening the purchasing power of Nigerians. The salaries being currently received will then look very okay.

But if salaries must be increased – and the government will do it anyway because it is a populist one and elections are around the corner – the government would do well to explore the idea of price control. While the advantage is that it may lead to lower prices for consumers, the consequence is that it may lead to lower supply and a reduction of quality. However, price stability helps to avoid both inflation and deflation.

Another idea that the government must explore is a drastic cut in salaries and allowances of public officers, especially those of elected officials, political appointees and heads of MDAs, rather than increasing them. After all, Nigeria does not have the money to pay university lecturers decent salaries. The saved money can be used to finance the salary increase. This way, the negative consequences will be mitigated.

Hassan Gimba is the Publisher and Editor-in-Chief of Neptune Prime. 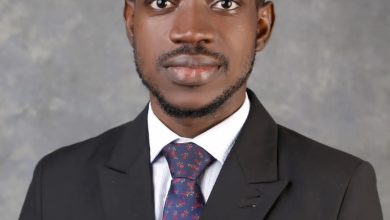 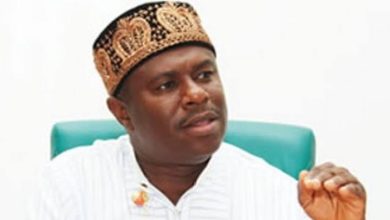 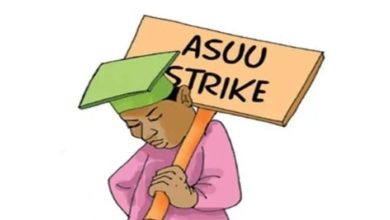