Marcus Rashford’s 82nd minute strike made the difference at Old Trafford as Manchester United came from behind to beat Manchester City 2-1 in the derby.

The Red Devils, who grabbed their fourth straight victory in the league since after the World Cup, scored twice in quick succession to secure the win and cut the gap between them and their bitter rivals to a point, moving to third place ahead of Newcastle United.

The first-leg at the Etihad Stadium ended 6-3 in favour of City, the highest scoring Manchester Derby in history, with Erling Halaand netting his third record breaking hat trick in front of his home fans.

While City had more of the possession in the first half, it was United who had better scoring chances, but Rashford, the home side’s top scorer this season with seven goals in seven games spurned the opportunities to put his side ahead.

The host’s first real chance came against the run of play after 10 minutes, but Portuguese midfielder, Bruno Fernandes fired his effort wide. United came close again six minutes later after a counter attack, but a timely clearance by Joao Cancelo kept the ball out.

Rashford missed what could have been the opener in the 34th minute following a long ball from the right. He succeeded in beating the outrushing Ederson Moraes in goal for City, but his weak effort could not get past Manuel Akanji.

The Englishman was then played through on the left by Christian Eriksen three minutes later, but Ederson was quick out of his line to deny him again.

On the other hand, a 45th minute long range effort was the real goal threat City could muster despite their dominance of the half.

With all to play for in the second half, Erik ten Hag hooked Anthony Martial who had been quiet for summer signing, Anthony to add some fresh legs to the attack, which saw Rashford move into the centre forward position from the left flank.

Pep Guardiola’s men however started the half same way as the first and their pressure paid off on the hour mark. Substitute, Jack Grealish found himself unmarked in the area, heading home a delightful Kevin De Bruyne cross three minutes after coming on.

However, the introduction of Alejandro Garnacho in the 72nd minute brought life back into the dying United side, with youngster causing a lot of problems for the Cityzens on the left.

Captain of the home side, Fernandes drew his team level in the 78th minute with a right-footed curler past Ederson from the edge of the box. While the goal was initially ruled out for offside due to Rashford’s interference in the build up, it was allowed to stand following a VAR check.

United then put their noses in front four minutes later. Garnacho turned his man inside the City area and crossed the ball for the in form Rashford, who made no mistake this time around, slotting home past Ederson.

The goal eventually proved to be the winner as the visitors could not come up with an equaliser despite their late push, with Halaand kept quiet by the United defence all game.

This is the 189th competitive meeting of the sides in all competitions, with United winning 78, City 58, and 53 ending in draws. 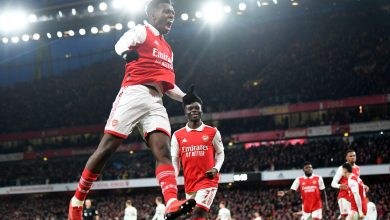 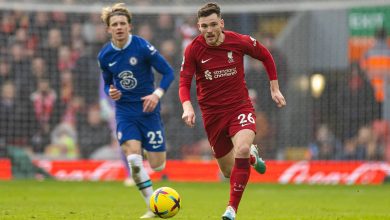 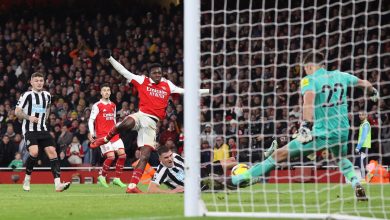