The Katsina Command of Nigeria Customs Service has announced a total revenue collection of N935,306,275.39 which surpasses it’s N60m target.

Outgoing Controller, Comprroller Chedi Dalha Wada who disclosed this in a media briefing said the revenue feat was achieved as a result of reopened border area and enhanced trading activities 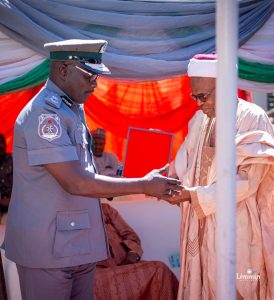 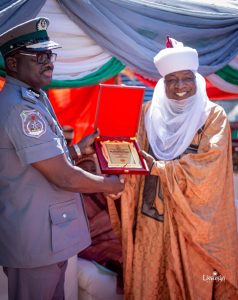 He attributed some of the successes to the cooperation of the Customs Community Consultative Forum (CCCF) while thanking the Comptroller General, Col. Hameed Ali; Katsina State Governor, Aminu Masari and traditional rulers for their support. 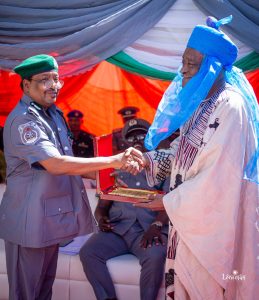 “As we are all aware, the Federal Government recently reopened another four (4) Land Borders in April 2022 after a long time of closure which Jibia Magama Border Station happened to be among the reopened ones. 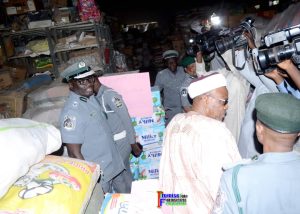 Therefore, I am glad to inform you that since the re-opening of the border, the Command was able generate a total sum of =N=935,306,275.39 = Kobo only (Nine Hundred and Thirty-Five Million, Three Hundred and Six Thousand, Two Hundred and Seventy-Five Naira, Thirty-Nine Kobo) within the period under review which is far more than the =N=60,842,789.87 Kobo (Sixty Million, Eight Hundred and Forty-Two Thousand, Seven Hundred and Eighty-Seven Kobo) allocated Revenue Target for the Command in the year 2022 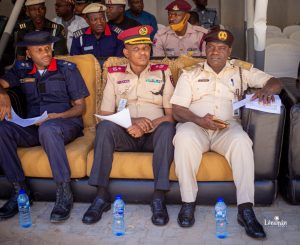 “Moreover, in the Command’s quest to facilitate Export Trade, the Command recorded Free-On-Board (FOB) value of =N=4,426,105,643.02= for non-oil commodities with Metric Tons of 69,436.77 exported through Jibia Magama Border Station. 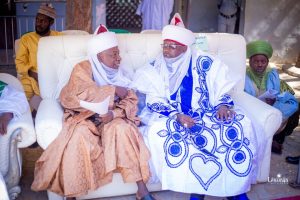 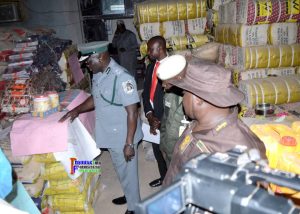 The items seized includes food items; Foreign rice, Foreign Vegetable Oil, Foreign Spaghetti Noodles etc and their various means of conveyance (Cars, Buses, Trucks and Motorcycles), Second Hand Clothing among others. Ten (10) suspects were arrested by the Command during the period under review. Some are presently being prosecuted at the Federal High Court while some were granted administrative bail 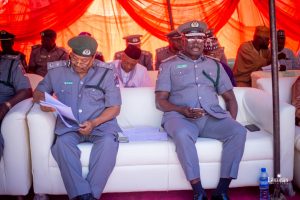 “In light of the foregoing, all these successes could not have been achieved without the vigorous efforts and resilience of Officers and Men of the Command and other layers of Customs formations who have been giving the smugglers sleepless nights. The overwhelming supports and cooperation of Security Agencies, other Government Agencies and the Border Communities can also not be overlooked.

“The Command’s effort to improve the welfare of the Officers, the Command requested from the NCS Headquarters Management for more barrack accommodations to be provided, and it was approved. Some of the welfare packages includes; 49 self-contain apartments which have been fully completed. 16 self-contain apartments project which are still ongoing and other ongoing renovations being carried out in the Command, are some office blocks, CAC’s house and the Officers Mess.

However, a total Fifty-Nine (59) projects were approved for the Command so far. Thirty-Six (36) had been completed, while Twenty-Three (23) are ongoing.

“Additionally, 13 brand new operational vehicles, Arms & Ammunitions, Uniforms & kits and office Stationeries were equally supplied to ease operations in the Command. Also, during the year under review, the NCS Management promoted a total of 4,958 Officers and Men to the next rank which the Command greatly benefitted from. Hence, part of the activities lined up for today’s programme.

“Let me also use this opportunity to you all for finding time out of your busy schedules to honour this invitation. Let me equally express my sincere thanks to the members of the fourth Estate of the Realm for their unflinching support and constant cooperation. We sincerely hoped that this will be sustained.

The Command is equally using this opportunity to appeal for sustainable cooperation and supports from the general public to help in the security of our Borders and facilitation of legitimate trans-border trade.

The Command sincerely assure you all that your positive contributions to the successes and achievements the Command recorded during the year under review is highly noticed and appreciated and that is why one of the activities also lined up today is the presentation of awards in recognition to some of our Royal fathers, stakeholders that had immensely contributed to peace, progress and successes of the Command.

And also to be presented with awards of recognition are some Patrol Teams and Units of the Command that have distinguished themselves in their respective areas of assigned duty” he said.

A new Area Controller, Comptroller Nuradeen Musa took charge of the command while Wada proceeded to Porthacourt Area I his new port of assignment

2023 Elections: US Threatens Visa Restrictions for Anyone Undermining Nigeria's Democracy