The duo – Osemudiamen Aganjile and Ekoh Godswill, were arraigned by the Benin Zonal Command of the Commission on separate one count charge of personation and intent to defraud.

Upon arraignment, the defendants pleaded guilty to their respective charges.

In view of their pleas, prosecution counsel, I.K. Agwa prayed the court to convict and sentence them accordingly. 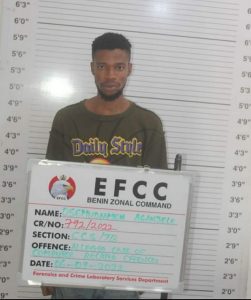 However, the defence counsel, S.A. Aichienede pleaded with the court to temper justice with mercy as the defendants were first-time offenders who have become remorseful for their actions.

Justice Ikponmwonba convicted and sentenced the duo to three years imprisonment each with an option of N200,000 fine. 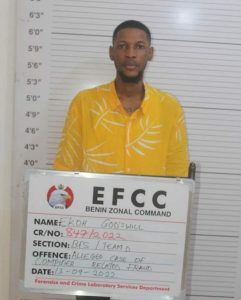 The convicts are to forfeit their phones and the balance of N3,677,986 found in Aganjile’s UBA and First Bank account; and the sum of N767,677 in Godswill’s Sterling Bank account, being proceeds of crime to the Federal government of Nigeria through the EFCC.

The defendants are to undertake in writing to be of good behaviour henceforth.

The convicts’ journey to the Correctional Centre began when they were arrested by operatives of the Benin Zonal Command of the EFCC for internet-related offences. They were charged to court and convicted. 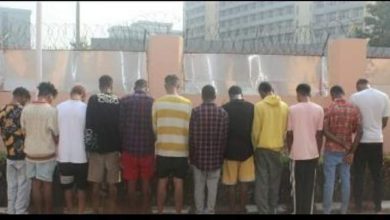